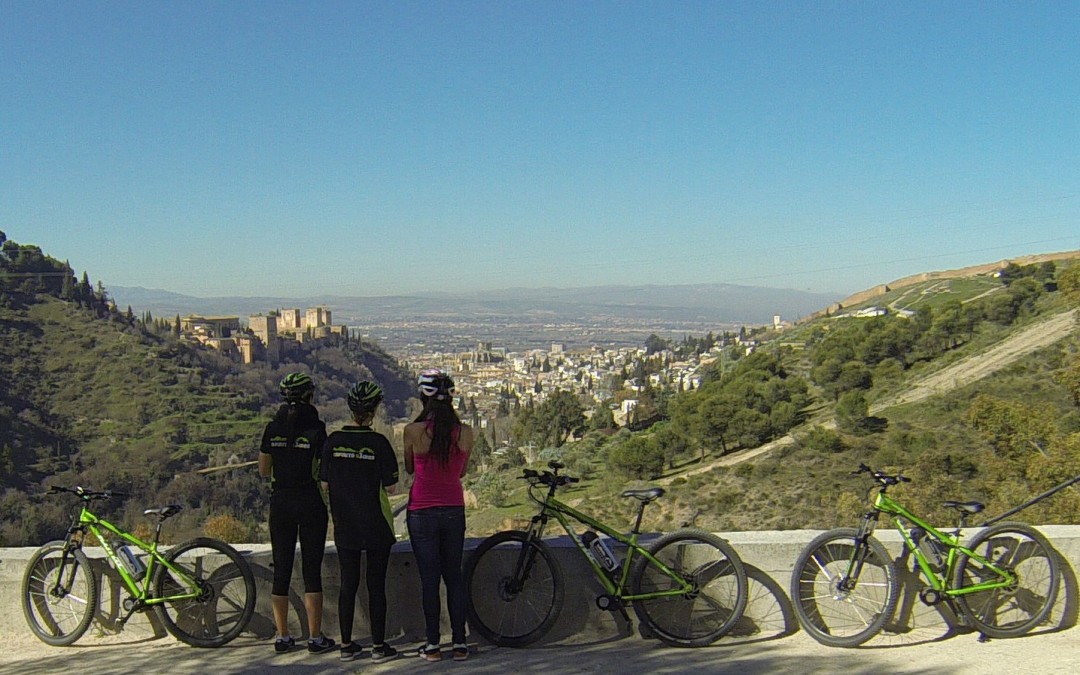 If you are planning to visit Granada city at the south of Spain, you may want to consider cycling all over it.

Granada’s oldest quarters, Albaicin and Sacromonte, expand over two steep hills opposite to The Alhambra.

The steep orography of these three places used to pose a challenge to those cyclists who climbed them before electric bicycles where invented. Nowadays, it is possible to start pedalling in the city centre of Granada in a relaxed manner and easily reach the highest parts of Granada thanks to the assistance provided by our Ebikes.

Cycling our Ebikes will allow you to cover vast distances in a short period of time with ease unless you decide to do more exercise: you can control the intensity of your workout by selecting different power-assist levels.

Furthermore, once you cycle an electric bike away from Granada city centre you get easy access to amazing heights and sights that you would not probably see otherwise.

The city centre of Granada and most of the historic areas around it have traffic restrictions in order to avoid more traffic and pollution. Cycling is an ecological means of transport that will allow you to explore the natural spaces near Granada if you also wish to, and more places seemingly otherwise inaccessible.

The Ebike Tours of Granada city and countryside that Infinito Ebikes offers aim to give you the option of pedalling together with our local guides to see Granada from many different angles in a short period of time. We always stop at various viewpoints along the way. We take in the views there and share with you all we know about Granada, for we are passionate about our city. In fact, we would like to invite you to visit the website we have written about Granada: